The Pakistan Cricket Board is facing difficulties in sending pacer Hasan Ali abroad for specialist treatment for a back injury due to the coronavirus-linked global travel restrictions.

Dr Sohail Saleem, who heads the medical board of the PCB, said on Geo News channel that the board had obtained opinions and diagnosis from experts in Australia and South Africa and a decision on where to send Hasan would be taken once the travel restrictions ease out.

Hasan has not played for Pakistan since last year’s World Cup in England and only appeared in some matches of the Pakistan Super League in February-March before breaking down with the back problem.

He pointed out that last September also Hasan had developed a back problem and it was obvious he now needed permanent treatment for it.

“Rehab and therapy is one option while the other is to have specialised surgery to set this problem right once for all,” Dr Saleem said.

Cricket activities are also suspended in Pakistan since March although the PCB has hinted that it might start allowing the centrally contracted and some other Pakistan probables to start individual training at the national high performance centre in Lahore.

A source said head coach and chief selector, Misbah-ul-Haq was working out a plan and this could include individual training or allowing groups of three and four players after taking all the necessary bio-security measures to ensure they are not infected by the contagious disease.

Pakistan has in principle agreed to send its team to England in early July to play three Tests and three T20 matches but CEO Wasim Khan has made it clear they will not force any player to tour England.

Wasim said they will not only seek government clearance but also wait and watch how England make bio-secure arrangements for the players and officials during the West Indies series.

Players Respect the Coach When They Feel He Will Bring Out Their Best: Mike Hesson

Kohli Should Not Experiment With Team Selection: Kaif 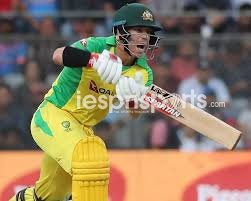 By Looks of It, T20 World Cup Will Not Go Ahead: David Warner