Ravindra Jadeja’s selection ahead of Ravi Ashwin for India’s opening Test versus the Windies raised a number of questions. Sunil Gavaskar, the former Indian batsman, was taken aback and he termed Ashwin’s omission from the game an ‘astonishing’ one. Gavaskar said that the Tamil Nadu tweaker has a superlative record against the Caribbean team and leaving him out didn’t make much sense.

However, Jadeja showed his class at the North Sound in Antigua. The southpaw picked up the solitary wicket of Shamarh Brooks in the first innings. With the bat in hand, the left-handed batsman notched 58 runs off 112 deliveries with the help of six fours and one six

He was the last Indian wicket to fall at the score of 297. Jason Holder accounted for his dismissal in the 97th over. After playing the good hand, Jadeja thanked his skipper Virat Kohli for showing faith in him. Jadeja was satisfied with the fact that he was able to repay the captain’s faith.
“Obviously you feel good when the skipper believes in you, thinks of you as the main player. Luckily, I have been able to repay the faith by performing well,” Jadeja was quoted as saying in the press conference after the day’s play at the Sir Vivian Richards Stadium.

I was constantly talking to Ishant, says Jadeja
Ravindra Jadeja came to bat after the fall of Ajinkya Rahane’s wicket with the score at 189. Following a few overs, he lost Rishabh Pant as his partner. However, he was determined to make an impact. Jadeja built a useful stand of 60 runs along with Ishant Sharma, who showed grit in the middle, having scored 19 runs off 62 balls. Jadeja communicated with Ishant and told about building a stand.
“When I was batting out there in the middle, I just looked to build a partnership. I was focussing to play with the tail-enders. I was just worried about my game, I was trying to give my best out on the park. I was constantly talking to Ishant, and we talked about staying out in the middle for as long as possible. We were thinking about one over at a time. I am just very positive in my mind, my shot selection is positive.
“When Rishabh got out, I was talking to Ishant about staying out in the middle and building a partnership. It is not good for opponents if the lower order is constantly scoring runs, so it was the game-plan from our side,” Jadeja added. 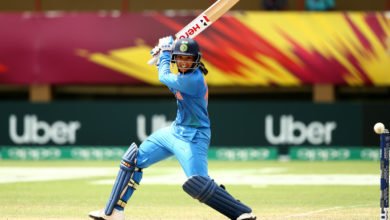 Tri-series Before World Cup Will Help in Team Composition: Mandhana 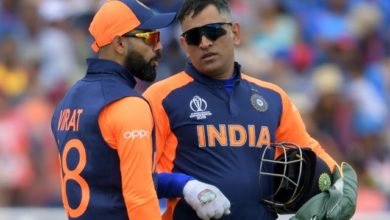 MS Dhoni will never be asked about his retirement, says BCCI official 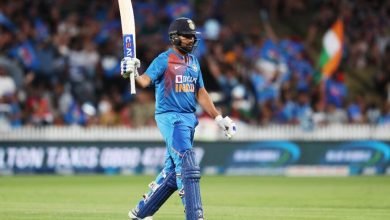 398 thoughts on “Windies vs India: Ravindra Jadeja thanks Virat Kohli for showing faith in him”