Chennai Super Kings (CSK) and Delhi Capitals (DC) were involved in a nail-biting affair on Saturday, October 17 at the Sharjah Cricket Stadium. After quite a few twists and turns, it was Shreyas Iyer’s DC, who came out trumps by five wickets. Moreover, the Capitals also moved to the top of the points table in the 2020 Indian Premier League (IPL), toppling Mumbai Indians (MI).

Chasing 180, Shikhar Dhawan scored his maiden IPL ton off 57 balls with 14 fours and one six. However, the knock could easily have gone into vain after DC needed 17 runs off the final over to get over the winning line. Meanwhile, since fast bowler, Dwayne Bravo wasn’t on the field, MS Dhoni, the Super Kings’ captain, introduced left-arm spinner Ravindra Jadeja into the attack.

Axar Patel plunders Ravindra Jadeja
Bringing on Jadeja seemed a risky move as two left-handers, Jadeja, and Axar Patel were in the middle. The experienced tweaker started with a wide as he fired one outside the off-stump after which Dhawan picked up a single in the next ball. With 15 required off the last five balls, the pressure was, well and truly, on Axar, who was yet to face a single delivery in the contest.

From there on, it was one-way traffic in the Capitals’ direction. To start with, Axar slogged Jadeja for a six over the deep mid-wicket region. In the next ball, the left-hander lofted one over long-off. The couple of blows brought the target down to three runs at a run-a-ball. The next ball saw Patel get two runs even as Dhoni, Jadeja, and the rest of the CSK players looked stunned, to say the least.

With one run needed off two balls, Axar finished things off with another over-boundary down the ground. In the meantime, Jadeja and Dhawan got themselves into a unique list. The duo scored the fifth-highest runs in the 20th over during a successful run-chase in the cash-rich T20 tournament.

The record for the most runs is held by Rohit Sharma and Venugopal Rao when they played for the defunct Deccan Chargers in the 2009 IPL. Bangladesh legend Mashrafe Mortaza, playing for the Kolkata Knight Riders (KKR), was at the receiving end as he leaked as many as 26 runs. 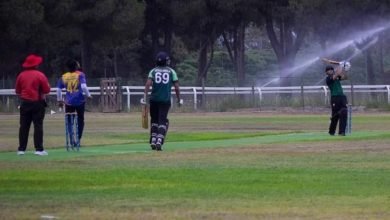 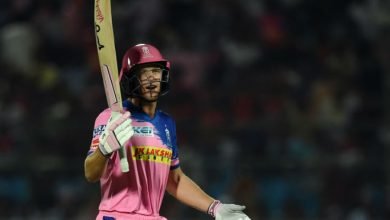 COVID-19: Big Shame If IPL is Not Going Ahead, Says Jos Buttler 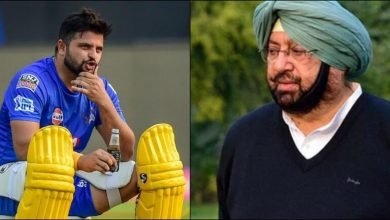