David Warner’s hand-eye co-ordination is impeccable. His fast hands spell doom for the bowlers and his proficiency off either foot makes him a potent weapon in his team’s arsenal. Without a doubt, David Warner has already carved a niche for himself with his unrelenting penchant to score runs and has a stellar record in IPL cricket.

But, the question is– Can David Warner stake claim to be the greatest IPL batsman ever? In this article, let us do a deep dive into the statistics and crunch some numbers to find out.

David Warner- A Cut above the rest

In the table below, let us have a look at the Top 5 highest run-scorers in IPL: 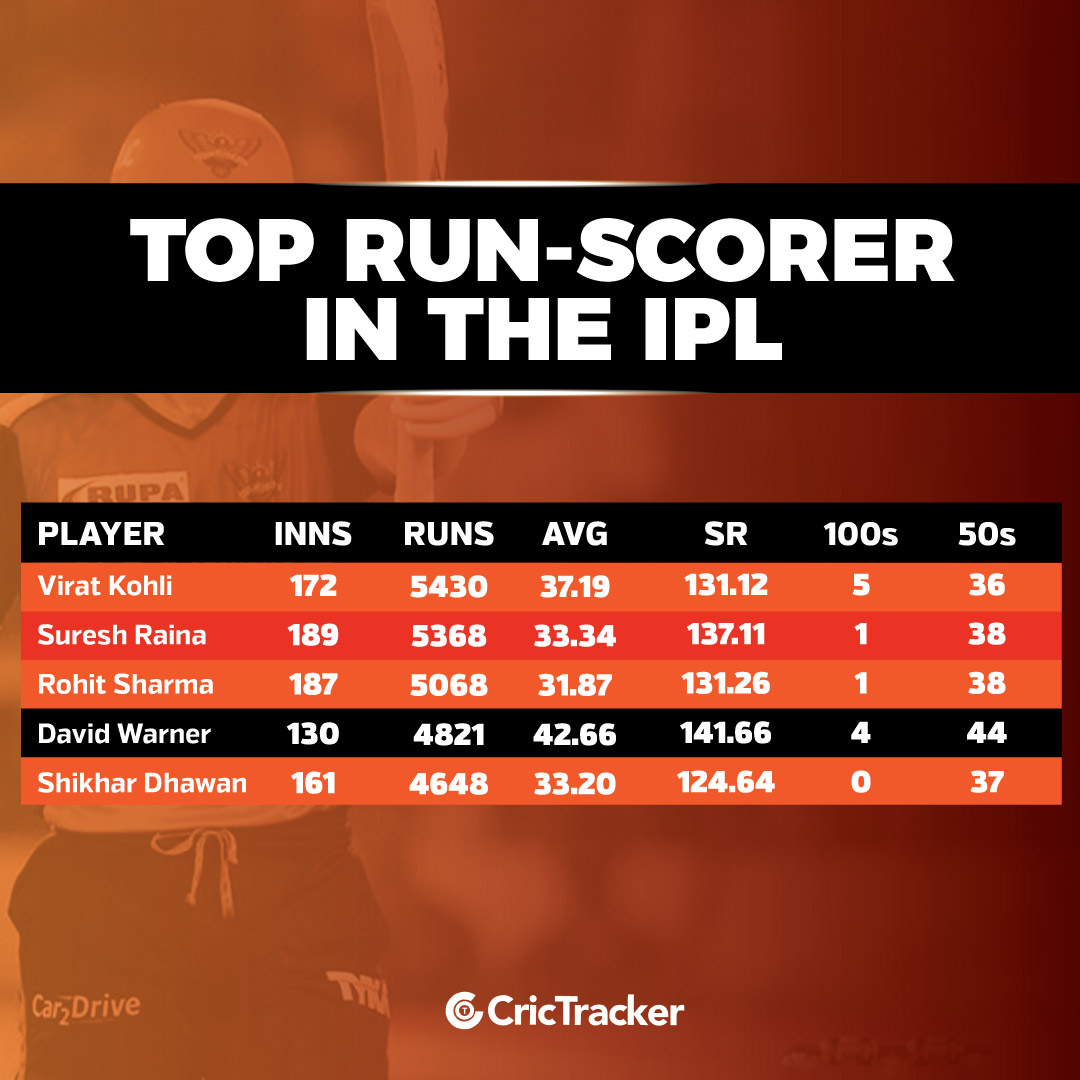 From the above table, we can see that Warner’s stupendous record stands out and he is certainly a cut above the rest. Warner has played as many as 42 innings lesser than all-time leader Virat Kohli but has scored just 609 runs lesser than him.

In the table below, let us take a look at another revealing statistic: 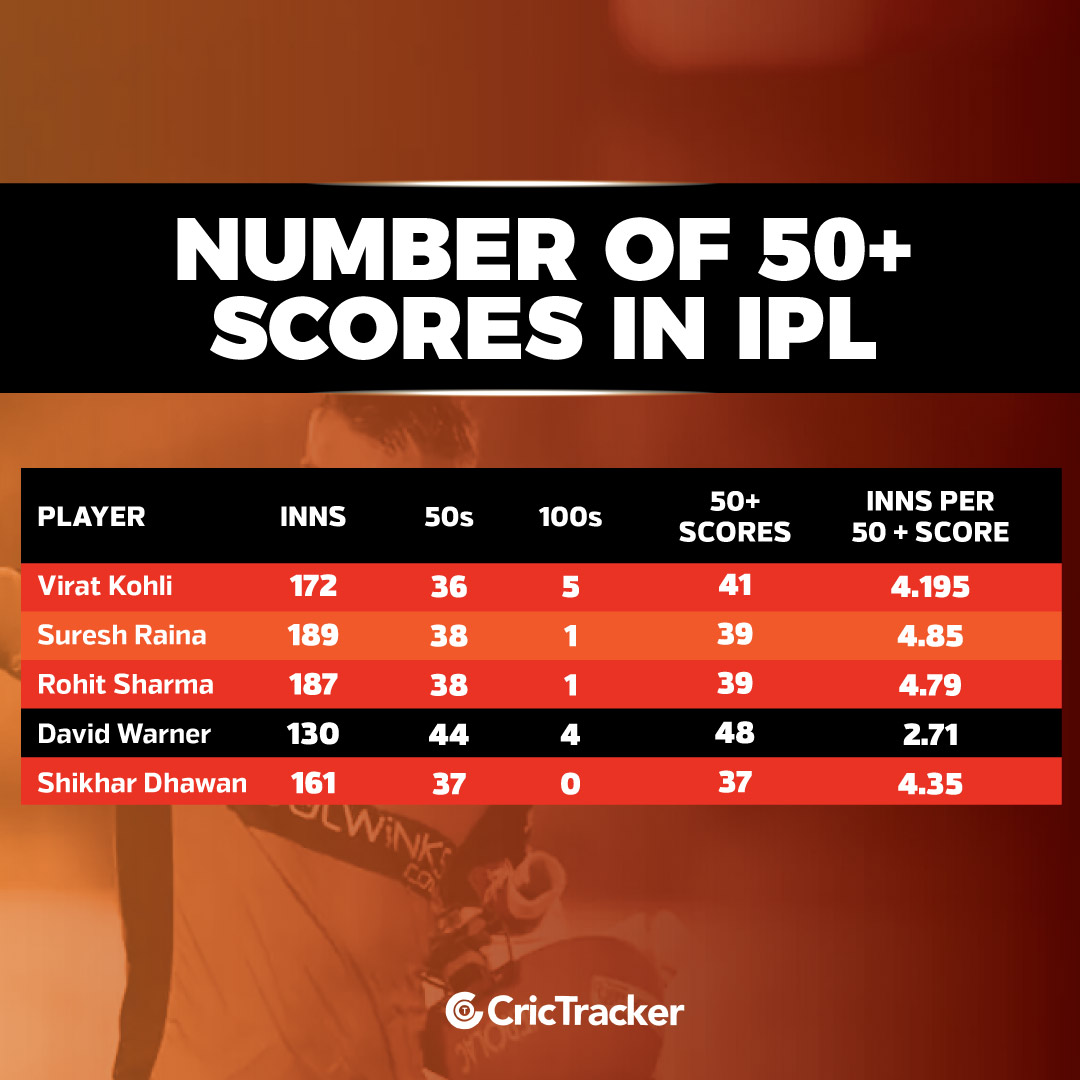 From the above table, we can see that Warner has the most number of fifty-plus scores in IPL cricket despite playing the least number of innings amongst the five batsmen.

And, he has taken just 2.71 innings on an average for a fifty-plus score in IPL cricket. In fact, none of the other 4 batsmen has an innings per fifty-plus score of even less than 4.00, and Warner has left everybody behind with his sheer consistency.

Also, the Aussie left-hander is the only cricketer in IPL history to have won the coveted Orange Cap award on 3 separate occasions. The man who has come closest to this feat is Chris Gayle, who won the Orange Cap 2 times. Warner’s ability to churn out runs at will makes him a gladiator in IPL cricket.

In the table below, let us have a look at Warner’s performances in the last 6 years in IPL (including 2020): 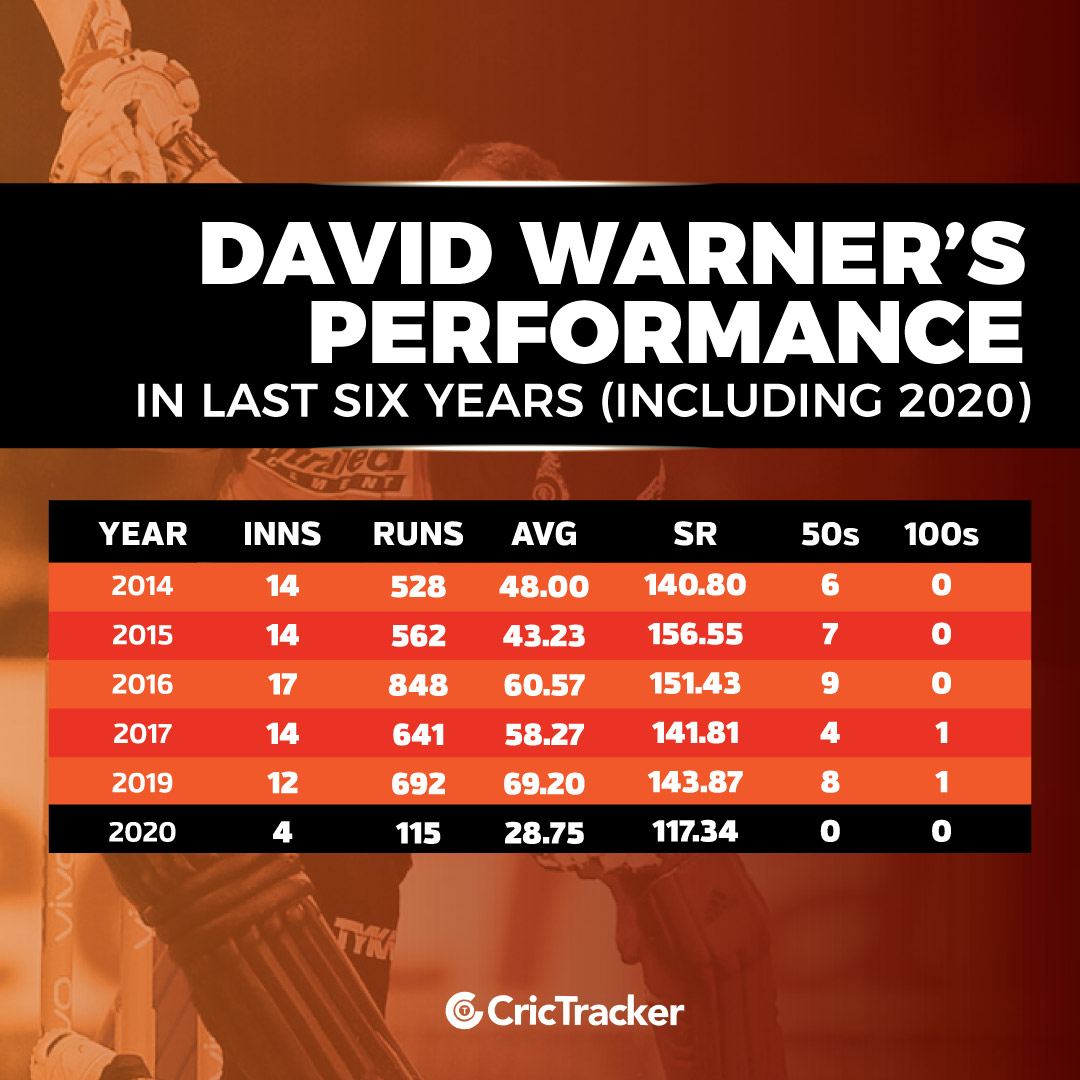 (Note: Warner missed the entire 2018 IPL season due to a ban)

Warner has set the stage on fire in the last six editions in which he has played. In fact, in every completed IPL edition from 2014, (in the 2020 edition he has played just 4 matches), Warner averages in excess of 40. Also, his strike rate in every completed edition since 2014 has never gone below 140.00. He has scored a staggering 34 fifties since the 2014 IPL edition and has sent shivers down the spines of the opposition.

With such incredible numbers, Warner can rightfully stake claim to be the greatest IPL batsman of all time. He has scored runs by the bucketful and has scored them at a pace that is astonishing. Yes, Kohli might make us gape at him with his splendour, MS Dhoni might enthral us with his brute power, and Rohit Sharma might floor us with his flamboyance.

But then, if there is one man who can rightfully take the crown for being the greatest batsman ever in IPL cricket, then it has to be this stocky left-hander from the land of the kangaroos. 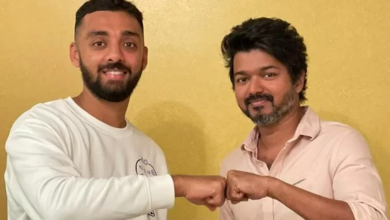 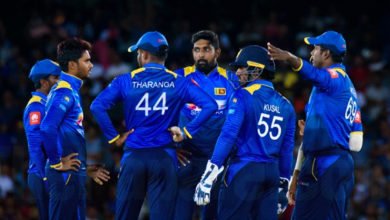 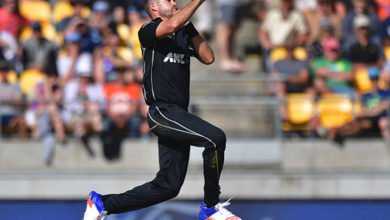 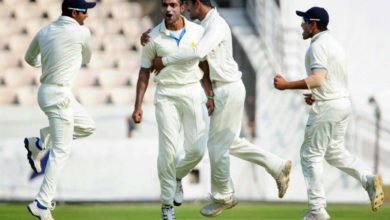