Virat Kohli and Anushka Sharma, the adorable couple, are set to become parents soon. Anushka is with the Royal Challengers Bangalore (RCB) team in bio-bubble itself in the UAE in the ongoing Indian Premier League (IPL). No wonder Kohli will be taking care of his wife during pregnancy and the same was once again visible during RCB’s game against the Chennai Super Kings (CSK).

The couple revealed the good news to their fans and friends ahead of the IPL in an Instagram post. They also confirmed that they will be welcoming a new life in January next year. Accordingly, to take care of his wife Virat Kohli made sure that Anushka Sharma travelled and stayed with him in the UAE during the IPL.

Coming back to the recent incident that took place during the RCB vs CSK game, Kohli was seen asking Anushka if she ate something during the match. In response, the Bollywood actress too gave him a thumbs-up even as the cute conversation between them continued with gestures. It possibly happened when RCB were about get on the field to defend the total.

RCB have lost two consecutive matches
As far as RCB’s performance in the ongoing IPL season is concerned, they have done exceedingly well. But the team has lost its way a bit in the last couple of matches. Against CSK and Mumbai Indians (MI), they have lost the matches rather comfortably. The team is currently at the second position with seven wins and need only a solitary victory to seal their place in the playoffs.

RCB have so far played 12 matches and lost five and their recent losses must have hurt them. Moreover, they are left to play two matches against the Delhi Capitals (DC) and Sunrisers Hyderabad (SRH), both of whom are desperate for wins. Virat Kohli and his men will be desperate for a win in their next game and hope that they make it to the top two as well to get an extra chance to qualify for the final. 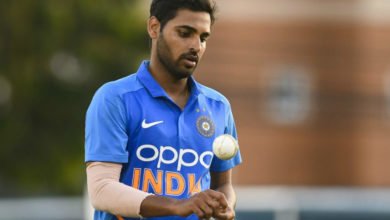 India vs South Africa | Might Limit Saliva Use on Ball as Coronavirus Precaution: Bhuvneshwar 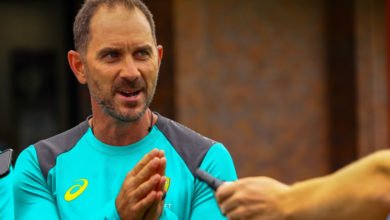 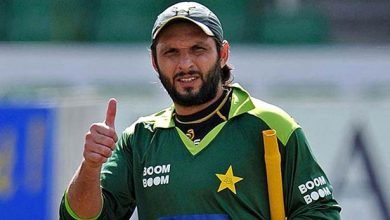 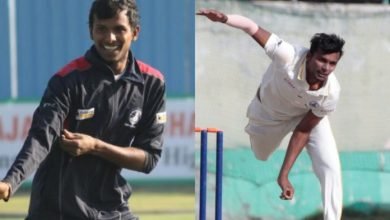