Rajasthan Royals’ campaign in the 13th edition of the Indian Premier League (IPL) has been nothing less than a roller coaster ride. The team led by Steven Smith started the tournament with a couple of thumping victories and were deemed as the favourites to qualify for the playoffs. RR looked like a balanced squad with a perfect blend of dynamic batsmen, wicket-taking bowlers and extraordinary all-rounders.

In their first match of IPL 2020, Rajasthan had defeated the three-time champions Chennai Super Kings by 17 runs after posting a mammoth target of 216 runs on the board. This was followed by the franchise registering the highest ever run-chase in the history of the T20 league and defeating Kings XI Punjab by 4 wickets owing to the heroics by the all-rounder Rahul Tewatia.

However, the team’s fortune has drastically changed in the league. Once the table-toppers are now placed at the seventh position in the points tally with just three wins in eight games. Rajasthan-based franchise desperately needs to win their next few games to keep their hopes of making it to the playoffs alive.

Rajasthan Royals come up with an offer for Virat Kohli and AB de Villiers
Smith & Co. are all set to lock horns with Virat Kohli-led Royal Challengers Bangalore on October 17 (Saturday) in an afternoon fixture at the Dubai International Cricket Stadium. In their last outing against each other, RCB had thumped RR by eight wickets and captain Kohli had played a huge role in his team’s success by scoring 72 off 53 while chasing 154 posted by the opposition on the board.

Both Virat Kohli and AB de Villiers regained their batting forms and have been making significant contributions in their team’s decent run in the tournament. The two are capable of winning the matches single-handedly for RCB and they have been doing this for the past many years now. In the eight matches, Virat has aggregated 304 runs at an average of 60.80 while AB is not behind with 230 runs in his kitty.

Rajasthan Royals know how crucial these two legends are for RCB and thus, before the match, the social media handle of RR came up with a nice offer for the duo. In a tweet, RR confirmed about giving two free safari passes to both AB and Virat valid only from 3:30 pm to 7:30; the afternoon match timings. 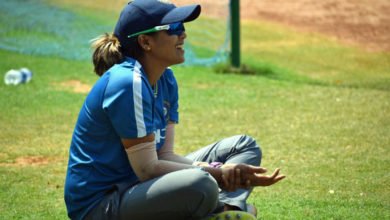 Plenty at Stake for Women’s Cricket in Exciting 2020: Veda Krishnamurthy 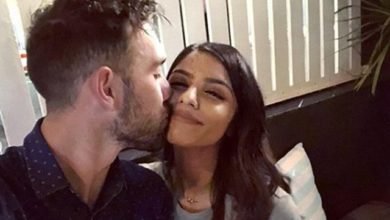 Glenn Maxwell goes on a date with his girlfriend Vini Raman

He Brought a Knife to My Throat, Mickey Arthur Had to Intervene: Grant Flower on Pakistan Legend 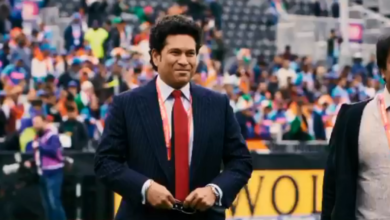