“Some people might want it to be the end of the world but it’s not. For us, it’s a game of cricket we lost and we move on and keep our heads high.”

This how Virat Kohli reacted after India’s 10-wicket loss to New Zealand in the first Test in Wellington. India came into the game having won each of their seven Tests in the ICC World Test Championship, and suffered their first loss, losing 60 points in the process.

India’s stiffest challenge in the WTC yet was always going to be this tour. Tests in SENA (South Africa, England, New Zealand and Australia) were always going to be the acid test, although India have been an improving side in these countries over the last few years. They even won in Australia early last year.

Their performance in Wellington, though, would have reminded many of their issues in these conditions prior to that tour. Top order struggles, batsmen not putting up enough runs, and pacers not been incisive enough especially against the tail. Kohli might brush it off as a one-off – and perhaps even rightly so – but India will be disappointed with familiar woes coming back to haunt them.

The issues started right at the top, with Prithvi Shaw managing only 30 runs in the game. India went with him over the in-form Shubman Gill for the game, and Shaw’s technical issues were exposed. In the first innings, his front foot hardly came forward and was bowled by a full one from Tim Southee. In the second, he was unsure how to deal with a short ball and ended up fending Trent Boult to square-leg. It’s unlikely that India will change their opening combination after just one game, and it’s equally unlikely that Shaw’s technical issues will be fixed in the four-day gap between the two games.

Given this was Shaw’s first overseas Test, runs from him will be seen as a bonus. That won’t be the case with Cheteshwar Pujara and Virat Kohli though, for India will demand more from their senior most batsmen.

Kohli and Pujara combined for only 43 runs in this Test, which explains India’s struggles with the bat. Both of them were ‘worked out’ by New Zealand’s pacers; while Pujara got a beauty from debutant Kyle Jamieson in the first innings, he was set up beautifully by Boult in the second. The left-arm pacer moved around the wicket and angled the ball in, and had Pujara shouldering arms to one that came in with the angle eventually.

It’s hard to imagine, but Kohli might be a bit more worried. He’s been short of runs this tour and fell right into New Zealand’s plans this Test. Old nightmares of England 2014 returned when he chased an outswinger from Jamieson to be caught at slip in the first innings. He made similar mistakes in the second innings too, but evaded similar dismissals as the ball went to vacant regions wide of slip or cover.

However, New Zealand went to Plan B, cutting out early boundaries and testing Kohli’s patience with the short-ball strategy. They had the field set up for that, and had also got Mayank Agarwal with the same strategy. Agarwal was well set and beyond 50, but was set up beautifuly by Boult, who bowled a barrage of short balls from over the stumps, before eventually getting him with a fuller one. Agarwal had fallen to the short ball in the first innings too, once again after being set.

Kohli, meanwhile, took on Boult’s short ball from around the stumps only to edge behind.

“I am absolutely fine. I am batting really well. I feel that sometimes scores don’t reflect the way you are batting and that’s what can happen when you don’t execute what you want to well,” he later said about his batting, which plenty of Indians will be hoping is the reality.

The only two batsmen who seemed in any sort of control were Agarwal (34 and 58) and Ajinkya Rahane (46 and 29), but New Zealand didn’t allow either of them to make it big. Rishabh Pant (19 and 25) got starts too, but was run out in the first innings and ran out of partners in the next.

India will also be worried about the form of R Ashwin. He did a decent job in his primary job, picking up three wickets in the first innings. But at No. 8, he’s also expected to contribute a few runs with the bat. Ashwin, though, fell for a first-ball duck and 4 in the two innings, both times to Southee. Ashwin has four Test centuries, but his last half-century came 27 innings ago, in August 2017.

Ravindra Jadeja has been in good batting form through the last two seasons, and India could consider him as an option for the next game.

Overall, India will be hoping that their captain’s assessment is right, and that it’s a one-off, occasional slip-up in an otherwise good Test championship campaign. Given they play Tests only in New Zealand and Australia this year, it’s vital their batsmen back the claim. 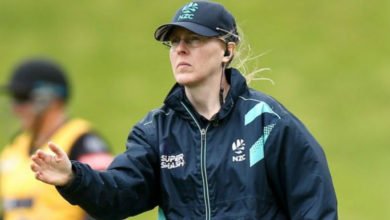 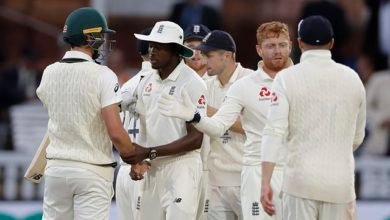 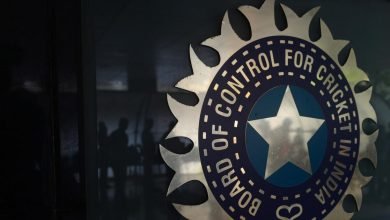 BCCI Unlikely to Hold Domestic Competitions This Year Due to Covid-19: Report 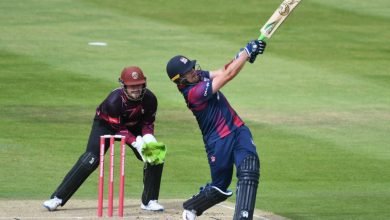