The 13th edition of the Indian Premier League (IPL 2020) has crossed the half-way stage and the fans have been hooked to their television screens with the edge-of-the-seat, nail-biting, and Super Over finishes. Witnessing the fearless brand of cricket from some players, the experts have started their analysis regarding which teams will reach the playoffs and which players have excelled in the first stage of the T20 extravaganza.

The West Indies commentator and former cricketer Ian Bishop came up with his fantasy XI of the tournament. The Caribbean made some surprising choices as he didn’t add the Indian legends like Virat Kohli, Rohit Sharma and MS Dhoni in his fantasy squad.

For the opening slots, the Trinidadian cricketer picked up Kings XI Punjab (KXIP) opening batsman and captain KL Rahul and Chennai Super Kings (CSK) swashbuckling batsman Faf du Plessis. Rahul has been phenomenal in the tournament with the bat so far. He is the leading run-scorer and holds the orange cap with 448 runs at an outstanding average of 74.66 with one hundred and four half-centuries. Faf, on the other hand, has accumulated 307 runs in 8 fixtures with three fifties.

For the middle-order, Bishop made the choice of Mumbai Indians (MI) Suryakumar Yadav and Delhi Capitals skipper Shreyas Iyer. Both Iyer and Yadav have emerged as the match-winners and are the highest run-scorers for their respective teams with 298 and 233 runs respectively.

Ian further named West Indies power-hitter Kieron Pollard as the captain of his side. Pollard has been a vital cog in Mumbai’s campaign in the 2020 edition of the Indian Premier League so far. He has scored 174 runs from seven matches and has also made significant contributions with the ball and his acrobatic fielding.

Rabada, Bumrah, and Shami form the pace attack in Ian Bishop’s XI
For the second all-rounder, the commentator picked up Mumbai Indians Hardik Pandya. Though Hardik has not been impressive in the league so far, he can be a real headache for the opposition. For the spin department, Bishop went with the obvious choice of Sunrisers Hyderabad (SRH) leggie Rashid Khan and Royal Challengers Bangalore (RCB) wrist-spinner Yuzvendra Chahal.

Both Rashid and Yuzvendra are the leading wicket-takers of their respective teams. In 8 games, Rashid has bagged 10 scalps whereas Yuzi has also taken 10 wickets in seven matches.

Making his bowling department more lethal, the West Indies veteran chose Delhi Capitals Kagiso Rabada, Mumbai Indians Jasprit Bumrah and Kings XI Punjab Mohammed Shami. Rabada is the purple cap holder with 18 scalps to his name in 8 games while Bumrah is third in the list with 11 wickets in seven fixtures. Shami has also taken 12 wickets in eight matches for his team. 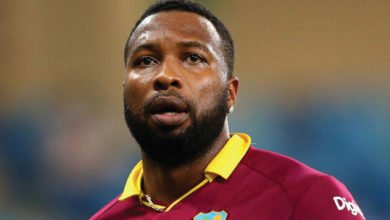 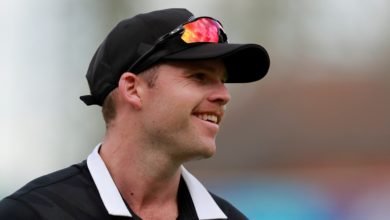 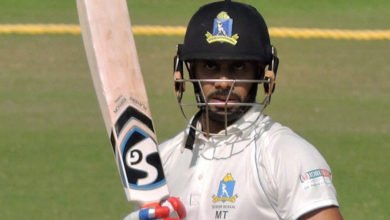 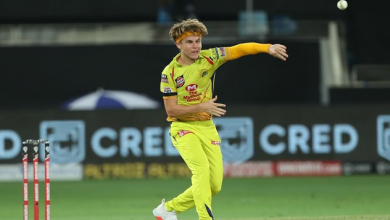