The wife of Sri Lanka’s once-captain has accused – on Facebook – one of their players of being a political appointment made by the sports minister of the country. That captain – one of the seven ODI captains tried by Sri Lanka since the last World Cup – is not the captain anymore. He has been accused of picking and choosing games, and has been forced to switch between IPL and domestic cricket in Sri Lanka, and is eventually here at the World Cup. Barely.

Seven, of course, is more captains than any side has tried between the two World Cups. And they have gone to the event proper with an eighth, a man who last played ODI cricket in the last World Cup. Between the two World Cups they have tried 57 players, more than any other team. Since the Champions Trophy in 2017 – which is when most sides began to firm up their World Cup plans – they have tried 47 players. The next-highest is 37. And yet they have picked five players from outside this pool for this World Cup.

Their chairman of selectors for a considerable period in this spell, Sanath Jayasuriya, stands banned from all cricket activities by the ICC for two breaches of its anti-corruption code. The current chairman of selectors, Ashantha de Mel, with whom the coach hasn’t necessarily shared a vision, has been now installed as the team manager for the World Cup. In some parts of the world, this process is known as “clipping wings”. The manager has duly shot off a letter to ICC complaining about all sorts of things, suggesting secret vendetta against them and not against, say Bangladesh or Pakistan.

Players from his previous teams swear by this coach even though there have been significant amounts of tough love wherever he has gone. Under Chandika Hathurusingha, Bangladesh made the knockouts in a World Cup for the first time, beat India and South Africa in ODI series at home, defeated Sri Lanka in an away Test, and made the semi-final of the 2017 Champions Trophy. He showed them how good they were. In Sri Lanka, his wish to run the team with similar authority – as someone who has a definitive say in selections – has resulted in the sacking of players he propped up, players the team invested in. Two of the biggest legends of Sri Lankan cricket, Kumar Sangakkara and Mahela Jayawardene, are so disenchanted and wary of being used as political tools that they are gainfully employed elsewhere.

Yet Sri Lanka go to South Africa and become the first Asian side to win a Test series there. Not a T20I series, not the odd ODI, but a whole Test series. That immediately after losing the series in Australia in seven days where they had a failed middle-order batsman returning as a Test opener. Immediately after the Test success, they go on to lose the ODIs 5-0 in South Africa.

While we debate whether it is lazy and a convenient stereotype to call Pakistan mercurial and unpredictable, Sri Lanka might just be the Pakistan we are talking of. On the tragicomic front, Sri Lanka have arguably left Pakistan behind. Well, they haven’t leaked information about genital warts on a player yet, but you get the point. Their surges are more subtle than Pakistan’s, not as irrepressible, not as loud, but they turn up when they have no business turning up, just like in South Africa.

There comes a time – just like with Pakistan – that this comedy turns depressing for their followers. Saturday morning seems to be that time at The Oval. They have complained about pitches, hotels, training facilities and team coaches. Coaches as in buses, and not men who teach them cricket. Although you can argue they never stopped complaining about them either. They are chasing ghosts, and have convinced themselves of a conspiracy against them in a green pitch at The Oval even though previous similar green pitches here have produced six scores of 300 in eight attempts.

Of course, they win the toss and bowl first on a pitch that chasing has been difficult all tournament. Lahiru Thirimanne is diving over the ball. Relay throws are going wild. The pitch is flat. Lasith Malinga is going round the wicket to right-hand batsmen with the new ball. You can’t tell who the captain is. Nobody looks in charge.

Not long ago, Angelo Mathews performed push-ups on the field to make a point to the coach who had had him dropped on fitness grounds. He is there on the team list provided by Sri Lanka here, but he is almost invisible. Nobody has a presence. Reading body language can be hazardous at most times, but here they all look positively listless. Over in India, Niroshan Dickwella, the spirit of this side who had no business being anywhere other than England, scores a century against India A.

It is instructive that Dhananjaya de Silva has bought them reprieve with the ball. He is a Test No. 3, who has been made to play in all positions from 1 to 9 in his 33-match ODI career. Later in the day, he will get to bat only when the match, which they have a good chance of winning, is all but over as a contest.

Suddenly, though, a switch comes on. Isuru Udana starts it with a slower ball to get Aaron Finch out when it is looking like Australia will score 350. Malinga nails a yorker to bowl Steven Smith out. Smith, who rarely gets out bowled. The last time it happened was 20 innings ago. Udana is leaping all around and nailing direct hits off his own bowling to run two batsmen out in the same over.

There is one man in the crowd who has refused to stop encouraging Sri Lanka all day, but now they have all found voice. Now you are reminded that while there might not be a band playing, Sri Lanka has a huge support in the stands. There are 30 fewer to chase than what looked likely.

Dimuth Karunaratne, the captain and opening batsman without an ODI century to his name, begins to throw his bat around, and everything comes off. Kusal Perera, who only recently played one of the greatest Test innings ever, is being Kusal Perera. Australia’s reaction is to go short, probably going back to the barrage that laid Sri Lanka low in the Tests earlier in the year. Difference in pitches notwithstanding, Perera and Karunaratne show they have put in work on the short ball. There are edges – which happens with starts of such intent – but when they are connecting, they are connecting sweetly. In the Powerplay, they take 40 off 26 balls pitched shorter than a length.

Things are happening that shouldn’t be happening with this team. Australia are burning reviews so they can’t review when they finally have one. Run-out chances are bringing four overthrows. And you have Kusal Mendis and de Silva and Mathews to follow. If “this happened in 1992 too” is Pakistan fans’ meta joke on their so-called mercurial nature, there is talk of Sri Lanka’s chase of 322 against India at the same venue two years ago. More importantly there is reminder of talent in the side, and also outside it. Talent that is getting lost in this dysfunction. 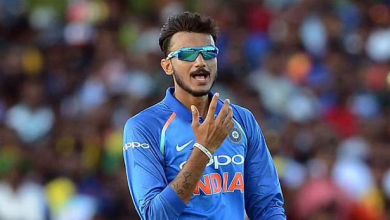 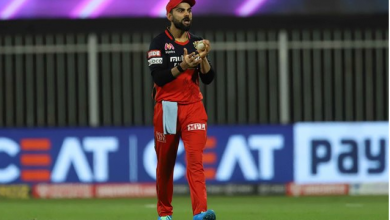 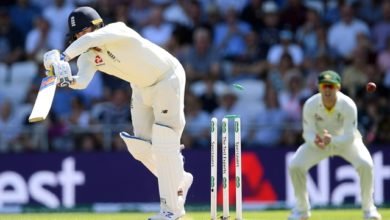 Ashes 2019: Jason Roy vents his frustration in Leeds with the F-word 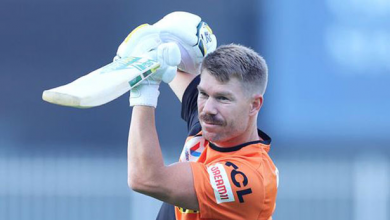