WV Raman, ever since he took charge of the Indian women’s team 14-months back, has successfully managed to change their fortunes, especially in the T20 format. That has come by instilling belief in the players, and identifying the new talent.

“I have always maintained that a coach is a kind of a service engineer of an aircraft. You fine-tune and get the aircraft ready and after that, it is for the captain to handle the aircraft, to take charge on the field,” Raman told Cricbuzz.

“I just buckle up, sit tight and watch what goes on. That’s the way I have always been. Leading up to the game, I might be active in terms of trying to get my inputs in but closer to the game, I pass the baton on to the captain. Primarily, you need to leave the players alone so that they can flush out whatever little distractions they have or whatever thoughts are going through their minds, to try and get rid of them and get into a better mind-space.”

His way of coaching the players seems to be working well, as India managed to make it the title round of the WT20.

“What used to happen earlier was that they would start over-thinking if they felt there was going to be a challenge. That can happen to the most experienced of players, so especially to a bunch of inexperienced cricketers who have their own anxieties, it has to be reinforced further.

“The other thing I did right through the six and a half weeks was never utter the two words – World Cup. I was only referring to that as ‘the tournament’. Because the ‘World Cup’ bit can get to you, that’s something I refrained from using.”

But throughout the World Cup, what impressed Raman the most is the character shown by the team, and the way they stepped up to the big occasion.

“I maintained even before we left India that it (the tri-series) was going to be a very important tournament because we were up against two of the best nations. Playing against them would prepare us well and make us realise where we needed to spruce up. It served its purpose.

“The important thing was that every game was competitive. It was also a case of us having to fight till the end and wait to see how the qualification process (for the final) panned out. In every which way – skills, psychological and mental — it was really helpful for our World Cup preparation.”

But despite this effort by the Indian girls, Raman has identified a couple of areas that the team needs to focus on, or the targets he has set for himself. “We need to try and develop a couple of seamers,” he says, adding quickly, “It can’t be done overnight, it has to be done over a period of time. A bit of work has been already done along those lines. But it’s one thing working on the fast bowlers, it’s another for them to churn out performances on a consistent basis. Let’s face it, most of our girls are not really strong physically, they need to work a lot more on their fitness, get stronger and get used to bowling well day in and day out. It will take some time but once we have that covered, this team will be on to greater things.

“The other area we need to work on is speed and agility. Yes, they are far better than what they were about 10 months ago, but we have started needs to be continued. And they have to step up a little bit on their fitness now,” Raman remarks.

Again, after a World Cup final finish, the calls have been stronger for a women’s IPL. But Raman thinks that there is a need to identify a bigger talent pool first and then go ahead with the plan.

“My view is that as of now, we are not yet ready for a full-fledged IPL. What is a full-fledged IPL? If we’re talking of an eight-team IPL, I don’t think we are ready yet. Taking it nice and easy, a gradual thing, will be the best course of action. Yes, from two teams to three, and from three teams to four (in the Women’s T20 Challenge) is happening.

“Instead of them playing once against each other, you can increase the quantum of matches, they can play each other twice. With the U-23 and ‘A’ tours happening for the girls as well, you will have a lot more talent coming through, which means in about three years’ time, we should be ready for a proper IPL kind of tournament.”

With the next big series close to a year away, Raman again points out at the need of identifying the talent, who can perform well for the team.

“We need to try and suss if we have any youngsters who can come in and who are capable of delivering,” Raman said. “That will be the first step. And also we need to try and figure out a combination at least six months before the tournament like we did for the T20, which means that starting from this Challenger Trophy, we need to sit and work out plans in terms of how to go about it. We have to see what will be the best pool of players who are capable of delivering then in that format.”

Virat Kohli Told My Fitness Was Not Letting Me Get to Next Level: Sarfaraz Khan 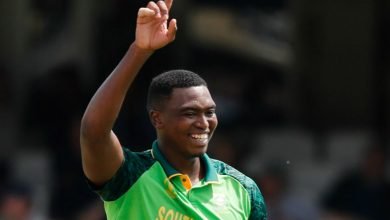 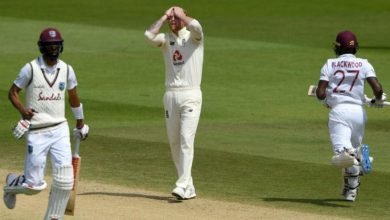 England vs West Indies: If We Scored Above 400 in the First Innings We Would Have Taken the Game Away – Ben Stokes