Former opener Aakash Chopra has suggested a couple of changes in Team India’s playing eleven for the third ODI against Australia on Wednesday. The Men in Blue will have only pride to play for as the hosts have already sealed the series by winning the first two games. Australia were at their best as they made light work of the visitors in the first two ODIs.

India’s bowlers failed to make any impression in both the matches as Australia piled up huge totals. In the series-opener, the home side rode on centuries from Aaron Finch and Steve Smith to post an imposing total of 374 for 6 before restricting the visitors for 308 for 8. In the second game, Smith scored another century to help his side score 389 for 4. In reply, India scored 338 for 9.

Aakash Chopra’s changes in India’s playing eleven:
Bowling has been the biggest let down for India so far and unsurprisingly, Aakash Chopra has suggested a couple of bowling changes for the final game of the series. The former cricketer-turned-commentator has opined that uncapped T Natarajan and Kuldeep Yadav should play in place of Navdeep Saini and Yuzvendra Chahal in the upcoming game.

This is a modal window.The media playback was aborted due to a corruption problem or because the media used features your browser did not support.

He made this observation while previewing the third ODI between the two teams in a video shared on his YouTube channel. Aakash Chopra started by hoping that India do not make any change to their batting line-up. At the same time, he also said that the team might drop opening batsman Mayank Agarwal.

“I will not make any changes to the Indian batting although the team might drop Mayank Agarwal now. If you do it now, what is the use? I don’t think that is right. They should still play Mayank Agarwal and play KL Rahul at No.5. They should not think about too many changes in their batting nor is there a scope for that,” he said.

He further spoke on the bowling department and suggested the two changes. Both Chahal and Saini proved costly in the first two games. Saini has conceded 83 and 70 runs in the first two games while Chahal went for 89 and 71. Chopra also said that India should stick with Mohammed Shami and Jasprit Bumrah.

“In the bowling, you can surely play T Natarajan in place of Navdeep Saini and you can try to play Kuldeep Yadav instead of Chahal. That’s about it. If Bumrah and Shami are both fit and do not have any niggle, they are absolutely fine to play, please play them and don’t change anything else,” said Aakash Chopra. 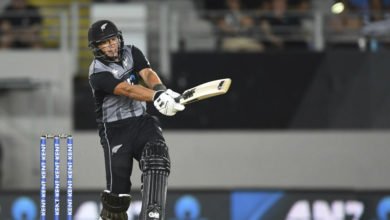 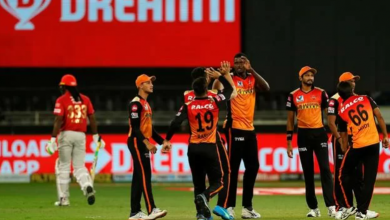 IPL 2020: 3 Mistakes committed by the losing side in KXIP vs SRH 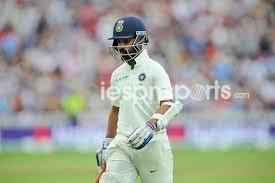