Team India will take the field on Friday in the second and final Test in Jamaica against the Windies which is also the last game of their West Indies tour. The visitors are in good spirits on the tour with the team unbeaten still across the formats and are favourites to seal the Test series too. However, ahead of the Jamaica Test, Team India visited the Indian High Commissioner M Sevala Naik’s residence in Jamaica and spent some happy time at the dinner.

Interestingly, the Indian captain Virat Kohli‘s wife and the Bollywood Diva Anushka Sharma was also with the team and she too was involved in the meet and greet. The pictures of the players chatting and having a good time at the residence and during the dinner have gone viral on social media. Anushka was also seen in good spirits while with the players and High Commissioner Naik.

However, when it came to clicking a group photo Anushka Sharma stepped aside to avoid any controversy like it did when Team India toured England last year.
Rahane gets the front row

In 2018, during England tour, Team India had paid the visit to Indian High Commission in London and Anushka Sharma was with them even then. But the fact that she stood in the front row in the centre alongside Virat Kohli created controversy. The vice-captain Ajinkya Rahane was made to stand way behind and he was not even properly in the picture.

This point was highlighted a lot which led to a huge debate over whether Anushka should’ve visited the High Commission at the first place and even if she did, many believed, she shouldn’t have come in the photo and Rahane deserved to stand in front being the vice-captain of the team.
This time around though things seemed to be more clear and Anushka Sharma duly decided to skip the group photo session which has certainly avoided the controversy. 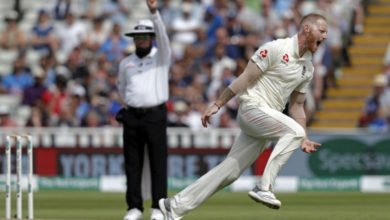 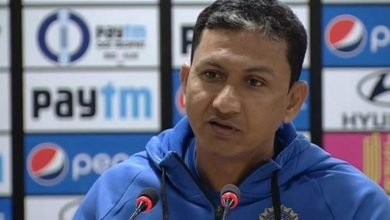 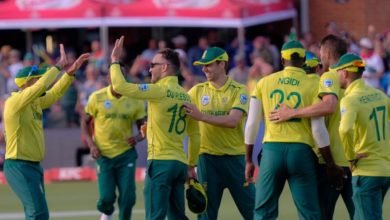 From Lucknow to South Africa Via Kolkata, Dubai: Proteas’ Route in Times of COVID-19 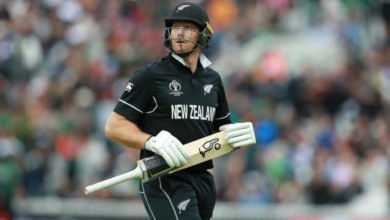