Shikhar Dhawan has been an integral part of India’s limited-overs set-up for over six years now. It had all started in the Champions Trophy back in 2013 where he was the Player of the Tournament. Since then he’s never looked back and has been India’s first choice opener in limited-overs cricket.

Dhawan started this World Cup with a low score against South Africa but scored a match-winning ton against Australia. However, during his innings against the Aussies, he was struck on his thumb. A short ball from Pat Cummins rose and took off and struck Dhawan. The left-handed opener was batting on 23 at that time. However, he continued batting and notched up his 17th ODI ton.

With Dhawan suffering a hairline fracture, he is ruled out of at least two games. India are scheduled to play New Zealand (on 13th) and Pakistan (on 16th). Hence, it is a massive blow for the ‘Men in Blue’. Thus, here we discuss why Dhawan’s injury is such a big blow to the Indian team.

1. Record in ICC tournaments and England

He won the Golden Bat in the 2013 Champions Trophy before repeating the feat in 2017 in the same competition. In the 2015 World Cup in Australia, he was fifth on the overall list of highest run-getters but topped the batting charts for the ‘Men in Blue’. Overall, Dhawan has amassed 1238 runs at an average of 65.15 in ICC tournaments. He also has six hundreds (and four half-centuries) to his name in these tournaments.

Moreover, his record in England is excellent as well. He averages 64.76 while amassing 1101 runs in England. His strike-rate is superb as well (101.28). Hence, in short, Dhawan just loves batting in ICC tournaments and England!

2. Opening partnership with Rohit Sharma and the formidable top three

It was in the 2013 Champions Trophy that Rohit Sharma and Shikhar Dhawan first opened the batting together. The duo has never looked back since. Rohit and Dhawan have been very consistent and they’ve amassed 4681 runs at an average of almost 46 while opening together. They have registered 16 hundred-run partnerships as well.

In fact, only three other opening pairs have more runs than the Rohit-Dhawan duo in ODI cricket. They have been the pillars of the Indian batting unit along with skipper Virat Kohliover the last few years. They form a formidable top three which is one of the best top threes in world cricket at the moment. In fact, these three take up the responsibility of doing the bulk of the scoring as well.

Dhawan not only bats well with Rohit but also Kohli. The Kohli-Dhawan duo averages 62.84 while batting together and have scored almost 3000 runs in partnerships. Hence, Dhawan’s absence breaks one of India’s biggest strength – the formidable and the ever-reliable top three.

3. Recent form and the only left-handed batsman in the top 7

Shikhar Dhawan is the only left-handed batsman in the top seven. In fact, Dhawan is the only one of the three left-handers (others being Ravindra Jadeja and Kuldeep Yadav) in the entire 15-man Indian squad. Moreover, he is among the top 10 run-getters since the 2015 World Cup.

He averages 45.73 and has been striking at a rate of almost 98 runs per 100 balls in this period. Moreover, only three other players have more hundreds than him since the World Cup in 2015. In the recent past, he’s done decently well for India in the lead-up to this World Cup and had a wonderful IPL as well. Moreover, he struck a fabulous hundred against Australia in India’s second game of this tournament.

Hence, Dhawan was in fabulous form. His love for ICC tournaments and England makes him a big player for the ‘Men in Blue’ and his loss will hurt them. India will hope that their swashbuckling opener is back to full fitness as soon as possible. 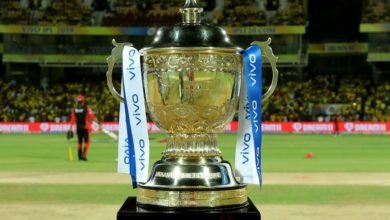 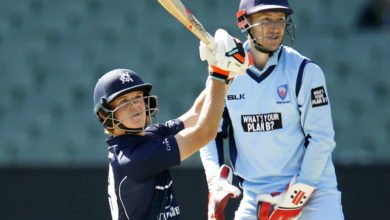 Jake Fraser-McGurk to Lead Australia in U-19 World Cup 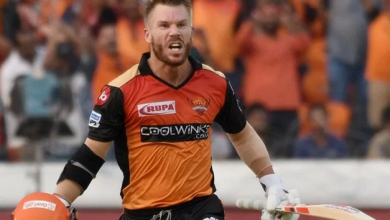 IPL 2020: Why David Warner is the greatest batsman in IPL history