It’s amazing what a good night’s sleep can do.

Or maybe just a night. We don’t actually know how much sleeping was done, or whether it was any good. Especially not New Zealand’s.

Chances are they were restless knowing they only had 211 runs on the board and 23 balls left to face in the World Cup semi-final. Ross Taylor would have struggled to close his eyes and clear his mind. He was still in but he had seen his captain’s battle to get the ball away and he knew he would have to get it away a good few times to give his team his a chance. Kane Williamson would have carried the heavy feeling of premature regret. Could he have batted quicker? Matt Henry and Trent Boult and Lockie Ferguson and Colin de Grandhomme and Mitchell Santner might have tossed and turned and thought over how they would go about defending what was being spoken about as the indefensible.

Somewhere else in Manchester, Bhuvneshwar Kumar and Jasprit Bumrah and Hardik Pandya would have put their feet up, satisfied with their day’s work. Rohit Sharma and Virat Kohli would have drifted off, dreaming of London and Lord’s, MS Dhoni and Ravi Jadeja must have slept soundest of all, fairly sure they were unlikely to be needed in a small chase.

Little did they know that the next day would be filled with nerves, a nightmare for one side, a dream come true for the other.

Both sides will need to pinch themselves a few times to make sure it’s real. Jimmy Neesham may have to pinch himself several times to believe that he had gone from cheering in the stands four years ago to taking the wicket that booked New Zealand’s spot in Sunday’s final. Neesham was New Zealand’s most expensive bowler on the day but instead of costing them, he was the cause of the final celebrations. One night can make a difference, but so can four years.

Then, New Zealand were chasing, there was also rain and South Africa were reliant on a bowling attack that balked at the final hurdle. Here, New Zealand’s batting has done that all tournament. They are still too reliant on Williamson and, to a lesser extent, Taylor and they still haven’t found any consistency around those two players and there’s no time to think seriously about how to change that. Not for this tournament. Instead, New Zealand to zone in on their strengths: their collective ability to stay calm even when chaos is all around and their crafty attack that reduced the most hailed batting line-up in this tournament to 5 for 3 and 92 for 6. If New Zealand are going to win the World Cup, they will do it through them.

Trent Boult and Matt Henry understood conditions perfectly and found the fuller length that challenged India’s top-order. Henry’s reward was the wicket of Rohit Sharma, who had reeled off three consecutive hundreds before this match but didn’t move his feet to a ball that angled away just enough to take the edge. Boult’s was that of Virat Kohli, also done by late swing. And then came the catch. Tom Latham flung himself in front of Taylor at first slip to cling on to the chance from KL Rahul. That’s the effort and the commitment New Zealand have become known for and that catch sent the message that they were in the fight.

By the end of the 10th over, Neesham had also made his mark with a stunning one-handed catch at backward point that left India 24 for 4. Remember Ben Stokes’ catch in the opening match? No, me neither, because this one is the grab of the tournament. India had just a 17% chance of winning the match from that point, odds which increased steadily as Rishabh Pant settled, despite New Zealand’s constant squeeze.

Martin Guptill threw himself at a ball that was destined for four, to keep it to one, Lockie Ferguson induced two false strokes from Pant, both chances went up in the air and fell safe and then beat him for pace. Pant’s potential is undeniable but today India needed more than that and it came when Pant was dismissed by Mitchell Santner.

Before discussing the experience that strolled out next, words of praise must be showered on the left-arm spinner. Far from operating in the shadow of the seamers, Santner wrested control with a six-over spell that cost just seven runs and included 29 dot balls and two wickets. His second was that of Hardik Pandya, who was strangled too long and had to let loose, only to offer Williamson a skier.

Juxtapose Santner’s performance against the partnership between Dhoni and Jadeja – the record for the seventh-wicket at a World Cup – and the push and pull of the latter stages of the chase are evident. Dhoni might be the original finisher but Jadeja was the man with a point to prove after the “bits and pieces,” comments that have done the rounds. He made New Zealand nervous, he negated Boult when he was brought back on in the 34th over to try and finish it off, he scored the first boundary off Santner – a six – he took on Ferguson and he made Dhoni run hard.

India needed 90 runs off the final ten overs and fifty off the last five in a match were the run-rate had not even touched six an over. But the way Jadeja was playing it seemed possible even though New Zealand field like a team with double their number on the park. They are everywhere, trying to stop everything, and quietly allow the pot to boil until the lid blows off. That’s how Jadeja was dismissed: holing out and leaving it to the veteran, Dhoni, to fix. 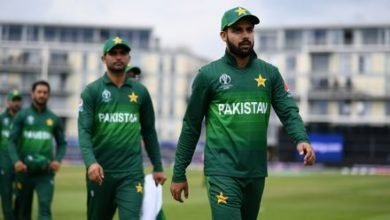 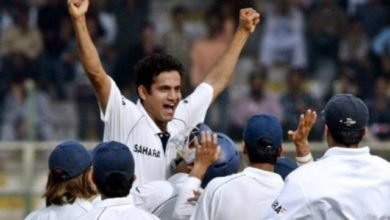 Irfan Pathan announces retirement from all forms of the game 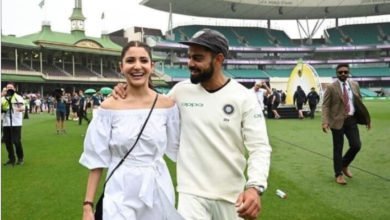